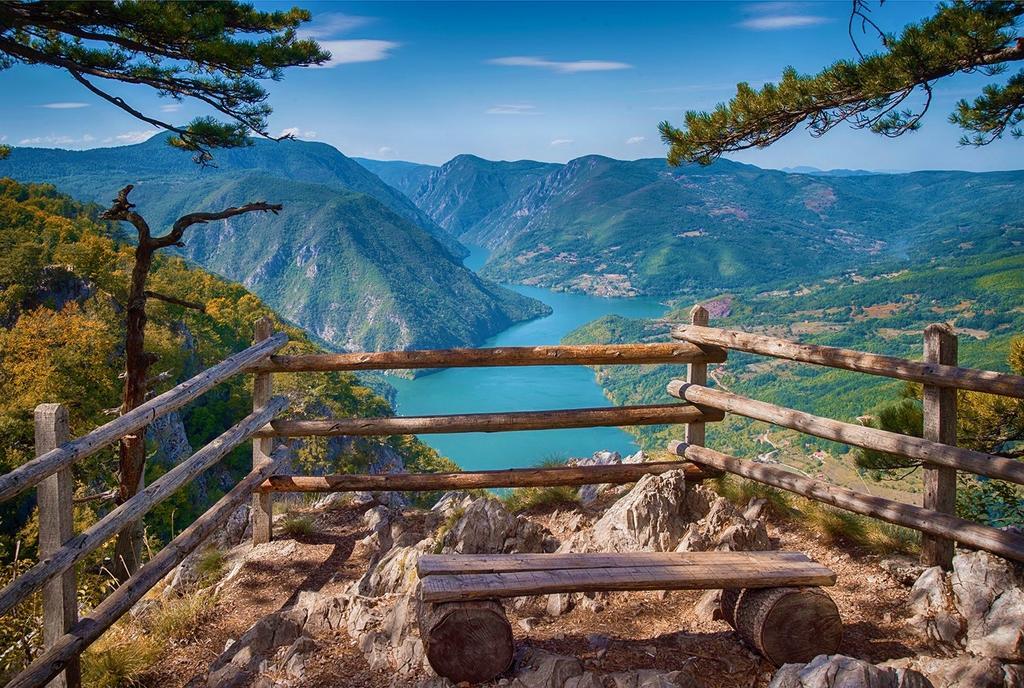 Serbia is not a mass-tourism destination but nevertheless has a diverse range of touristic products. In 2018, total of over 3.4 million tourists were recorded in accommodations, of which half were foreign. Foreign exchange earnings from tourism were estimated at $1.5 billion.

Tourism is mainly focused on the mountains and spas of the country, which are mostly visited by domestic tourists, as well as Belgrade and, to a lesser degree, Novi Sad, which are preferred choices of foreign tourists (almost two-thirds of all foreign visits are made to these two cities).[ The most famous mountain resorts are Kopaonik, Stara Planina and Zlatibor. There are also many spas in Serbia, the biggest of which are Vrnjačka Banja, Soko Banja, and Banja Koviljača. City-break and conference tourism is developed in Belgrade and Novi Sad. Other touristic products that Serbia offer are natural wonders like Đavolja varoš, Christian pilgrimage to the many Orthodox monasteries across the country and the river cruising along the Danube. There are several internationally popular music festivals held in Serbia, such as EXIT (with 25–30,000 foreign visitors coming from 60 different countries) and the Guča trumpet festival.