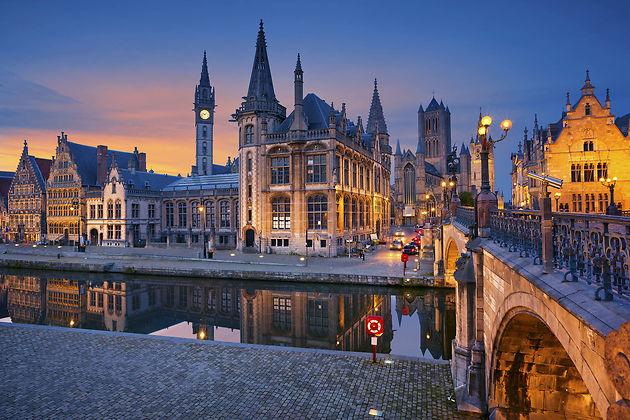 Do you remember ‘Ghent in Motion’? In this film project in 2013, we were the pioneers of capturing Ghent from the air, using drones. Today, five years later, both the city and the audiovisual techniques have evolved to such an extent that a sequel was required.

Just like 'Ghent in Motion', 'Ghent from the Sky' again pushes the boundaries to an upper level. Better cameras and lenses allowed us to make breathtaking, sharp and even more profound images of our beautiful city of Ghent.

In the summer of 2017, our cameras flew over the city for twenty days. In the devoted and seamlessly edited result, the medieval city center and the Ghentian architecture play the leading role.

With this film, a digital postcard in the year 2018, which is part of the documentary 'Ghentian', we want you to enjoy our beautiful city in all its glory.


This video is being managed exclusively by Newsflare. To use this video for broadcast or in a commercial player go to: https://www.newsflare.com/video/176198/other/4k-aerial-drone-movie-ghent-hidden-pearl-of-flanders-belgium-4-5 or email: contact@newsflare.com or call: +44 (0) 20 3937 6280
Source photo d'illustration : routard.com "