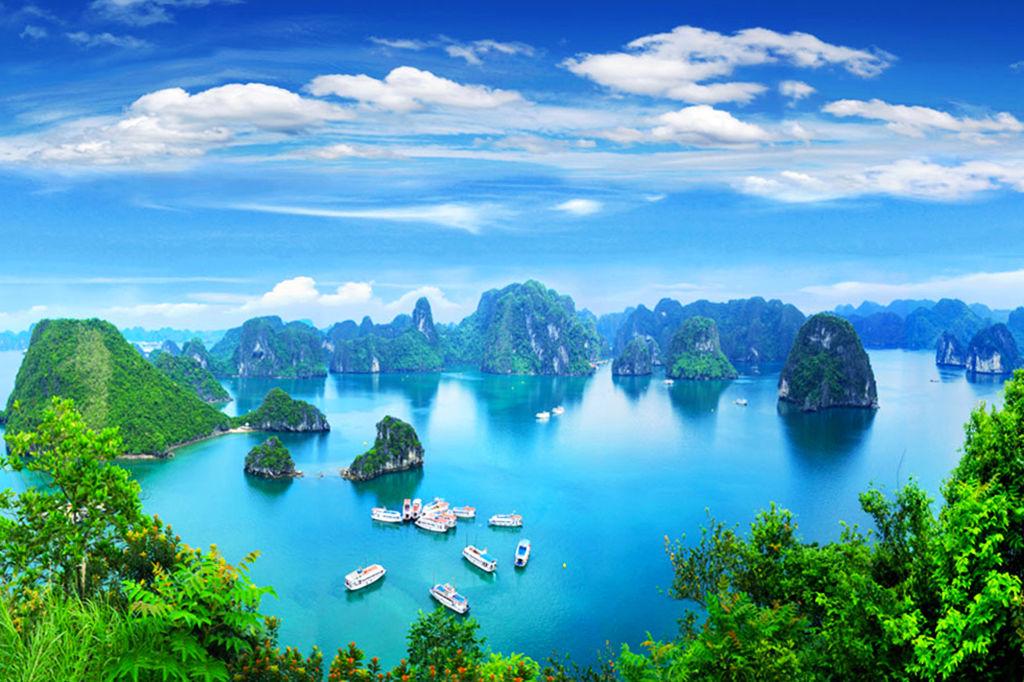 Welcome to the View from Above! A series where we take you on a Journey to some of the most beautiful places on earth!


Thailand is the most visited country in South East Asia, but many people go to Thailand missing out on the charming and rare beauty of Vietnam which lies only a few hundred kilometres away (the width of Cambodia). Stunning Vietnam has it all; beaches, temples, colonial architecture, scars of war, unique culinary experiences and a friendly and warm people. . Shot with state of the art DJI unmanned camera drones, View From Above will leave you in awe of Vietnam’s unique allure.

Vietnam’s history is marked by struggles against foreign control. Early tribal societies were overtaken by dynastic China before 100BC. China ruled for a further 1000 years before the Viet people ascended to rule again, but power was generally wrestled back and forth between a number of Viet emperors. By the late 1800’s the French had colonised much of Vietnam, dismantling the local ruling elite and establishing firm control. But after the Second World War the French were ousted by the pro-Soviet North Vietnamese, and the country, which was split into factions of socialist North and monarchic South, fell into a state of civil war. The United States became involved on the side of the Southern monarchy because they were threatened by Soviet expansion but were eventually defeated, along with the South, by 1973. Since then Vietnam has been committed to rebuilding what was a broken state, and is now a beautiful South-East Asian treasure.

Visitors to Vietnam will either enter through Ho Chi Minh (Saigon) or Hanoi, but will certainly visit the city of Da Nang. This central Vietnamese community has been central to much of Vietnam’s history, and the old military airbase is a testament to that. Visitors come to Da Nang to have a glimpse at the incredible historic Hue complex nearby where the old dynasties used to place their seat of power. Other local attractions are the huge, white Lady Buddha statue, the fire-breathing Dragon Bridge and the cave-riddled Marble Mountains.


A trip to the ancient harbour-town of Hoi An will not go amiss either. The town sports cultural lantern evenings which matches its old Japanese Bridge rather well. And if you can, make sure you visit the cheap tailors to cut you a new suit. Hoi An also has wonderful beaches, which are not uncommon along Vietnam’s long coastline, as well as wonderful restaurants serving traditional Vietnamese food. Another town, Phan Thiet, is a coastal resort that mixes beach activities, like windsurfing and tanning, with cultural tours of its White Buddha and Tu Cu Mountain.

If the country is more your thing then take a bus to Sapa, the region in north-west Vietnam, where visitors can go on eco-tours or hike and bike their way through green mountains and lush rice paddies. Ninh Bien is a location much like Sapa, nestled amongst Red River tributaries, but sports plenty of Buddhist pagodas and temples hidden in the mist. Make sure that you take a drive to Halong Bay along the northern coastline to take a trip on a luxury junk-ship amongst the limestone islands and their multitude of caves. http://whc.unesco.org/en/list/672

Hanoi is a wonderful city that sports colonial architecture in its Old Quarter, and it has plenty of museums in which to spend time. But away from the museums and temples there is a vibrant nightlife that matches that in Saigon. Saigon also has its share of temples, like that of the Jade Emperor Pagoda, and museums, like the Vietnam War Museum and Cu Chi Tunnels.

Whether in the city or in the countryside, Vietnam has something magical to offer all visitors. View From Above just captures some of the highlights that this beautiful country has to offer.

View from Above could not have made these astonishing videos without the help of the DJI unmanned recreational drones. Witness these marvellous feats of modern technology on the website: http://www.dji.com/


Can we please have standing ovations for the gallant little drone, the DJI Phantom 3: http://www.dji.com/product/phantom-3

And a courteous bow to the valiant and impressive DJI Inspire UAV: http://www.dji.com/product/inspire-1

This amazing video was shot and edited by:
Max Seigal www.seagullaerial.com

Be sure to check out the other amazing destinations in the View from Above series such as:
Panama
Sydney
Seattle
Dubai
Rio
Sri Lanka
New Zealand
Poland
Japan
Germany
Norway
Netherlands
Seychelles
Italy
Greece
Ireland
Maldives